The ELPH 300 HS is less than an inch deep and weighs less than 5 ounces.

Ultra wide-angle 24mm lens and 5x optical zoom on board. Canon’s HS SYSTEM improves shooting in low-light situations without the need for a flash, and lowers noise levels at higher ISO settings.

At less than an inch deep and weighing just under five ounces, the PowerShot 300 HS will fit right in your pocket, but it packs plenty of power into its sleek point-and-shoot body. A 24mm ultra wide-angle lens with a powerful 5x optical zoom gives you the versatility to shoot in any number of situations, and the optical image stabilizer keeps things from getting too shaky when you’re zoomed in tight. Whether you’re out partying or just walking around town, you don’t need to sacrifice style for power–the PowerShot ELPH 300 HS has got you covered for capturing great photos effortlessly.

Canon’s HS SYSTEM improves shooting in low-light situations without the need for a flash, and lowers noise levels at higher ISO settings.

The Canon HS SYSTEM takes the frustration out of low-light shooting, delivering clear, blur-free shots with all the ambiance intact, and freeing you from the sometimes unwanted effects of using the flash. Beautiful low-light shots are possible at both low and high ISO speeds, and the dynamic range is expanded to retain maximum detail in highlight and shadow areas.

The system is the result of two technologies brought together in this compact PowerShot. The first is the 12.1 Megapixel CMOS Sensor, which positions the light-receiving surface for optimal light reception. More light means clearer, blur-free images with plenty of detail and nuance, even in dark areas. Working together with the CMOS sensor to deliver the HS SYSTEM is Canon’s advanced DIGIC 4 Image Processor, which actively reduces noise and delivers high speed image processing. Experiencing the brilliance of HD video in a Canon PowerShot ELPH digital camera has never been easier. With the convenient dedicated movie button, you’ll be able to instantly record everyday moments in high-definition detail at the push of a button. Record in Full 1080p HD with stereo sound, and pick up the optional HTC-100 HDMI cable for viewing your footage directly on your HDTV.

You can also use the optical zoom while shooting video, so you can get in nice and close–plus, no need to worry about shaky footage thanks to dynamic image stabilization to keep your videos steady!

Capture video in Full 1080p HD resolution, and add an optional HDMI cable for enjoying directly on your HDTV.

A PowerShot that Keeps Up with the Action

Advanced Smart AUTO for Stills and Videos that Shine

The PowerShot ELPH 300 HS digital camera takes the quality of your still images and videos to a whole new level–automatically. The camera’s advanced Smart AUTO system detects a wealth of information about the scene you’re shooting, then automatically selects the optimal settings for you. Now with an expanded range of 32 shooting scenarios, the camera handles a wide variety of situations, freeing you up to concentrate on composing your shot and capturing the moment you’re looking for. From portraits to landscapes to action scenes, the PowerShot ELPH 300 HS digital camera has you covered, whether you’re shooting stills or videos.

Easily Turn Your Memories into Videos

Putting together a video containing highlights from family vacations, important occasions and other special events is now easier than you might imagine. Using the Movie Digest Mode, you can have the camera automatically record a short video clip (up to approximately 4 seconds) every time you shoot a still image. The camera will then combine an entire day’s worth of clips into a single video. No editing required–Movie Digest Mode does all the work, so you can sit back and enjoy your video!

Add Some Fun to Your Photos

Toy Camera Effect
Add some vintage nostalgia with Toy Camera Effect, which recreates the classic look by darkening the edges to make them appear as if they were photographed through a pinhole lens, and amping up the contrast.

Monochrome
Monochrome lets you stray from the usual black and white, letting you choose from three single-toned effects: Black & White, Sepia, or Blue, to really give your photos the effect you’re looking for. What’s in the Box

The Canon PowerShot ELPH 300 HS 12.1 MP Digital Camera with 5x Zoom and 2.7 In. LCD Display has a slim profile that will not only make you stand out from the crowd, but it will also deliver incredibly brilliant still images and amazing 1080p HD videos. Once you turn on the camera, be prepared to be amazed at how much is packed into one of the slimmest point-and-shoot digital cameras on the market. So let your imagination run free and let the HS SYSTEM, 24mm 5x Optical Zoom and 12.1 Megapixels help you achieve great images everywhere. 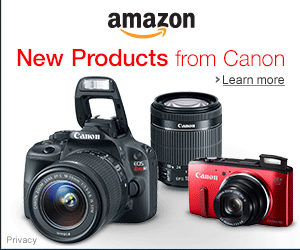 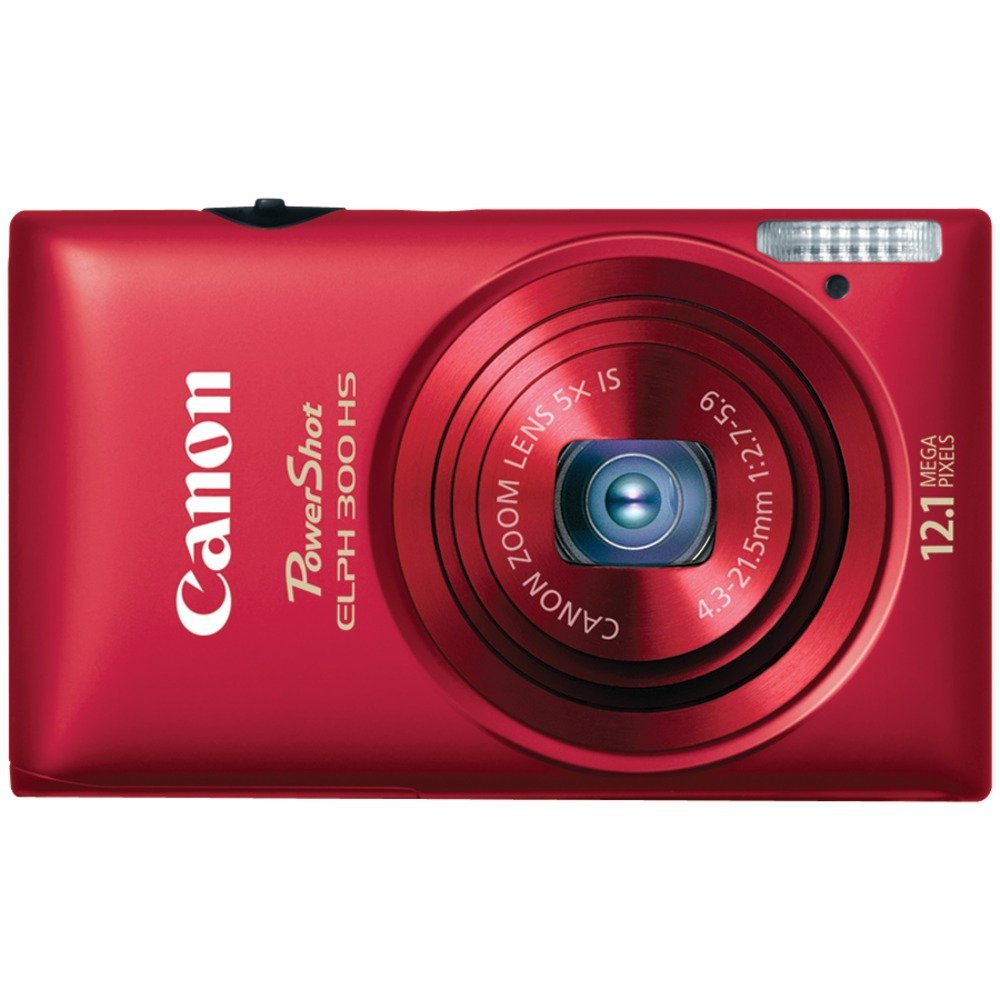